An unnecessary roadblock to getting commercials to air has been cleared with Telecaster’s announcement that it will no longer require a finalized “closed caption” commercial as part of its clearance process.

It’s been a long road indeed. But this reversal of the ad-clearance committee’s policy, just nine months after it went into effect, is exactly what marketers and their agencies had been seeking.

For those who haven’t been following along: In 2013, Telecaster (part of the Television Bureau of Canada) said that it would need to see the “final closed captioned” version of all English and French language TV spots before giving an ad final approval, as of September, 2014. This was its response to a CRTC mandate that said all commercials needed to be closed captioned (properly formatted with hidden sub-titles that can be made available onscreen to hearing impaired viewers).

Most, if not all of the ACA’s members were already producing closed captioned spots, and those were being checked by the broadcasters at the TV station level. However, things went off the rails shortly after September, as Telecaster’s new layer of approval caused a logjam for many commercials, including time-sensitive spots related to promotions. 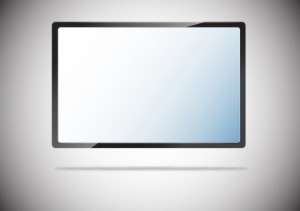 This was a frustrating process for our members and their agencies. So last Fall, the ACA organized a gathering of more than 40 people – including TVB’s board of directors, other members and agency traffic managers – to address the issues with Telecaster’s new process and to push for a change. We pointed out that TVB was adding a second, unpredictable and unnecessary level of clearance, since there are already quality control measures in place at the agency and station level. What’s more, despite the TVB’s process to ensure spots were closed captioned correctly, it is simply not possible to guarantee the spot it approved would be the one that arrived at a station.

While things did not move as fast as we would have hoped, last week TVB issued a memo saying that as of this Saturday, May 16, it will require only the non-closed caption spots as part of the clearance process, returning the approval of closed captioning to the station level. Following this decision, advertisers can expect a speedier process for getting ads to air, reduced costs and a more predictable creative approval process.

However, two other issues the ACA raised at that meeting still need to be resolved: letters of attestation – essentially notes supporting claims made in ads – and the application of Quebec law as it relates to the incidental exposure of children to products that could be of interest to them.

Telecaster’s misunderstanding of the guidelines in Quebec and requests for letters of attestation for the most general of statements – such as “Tony Bennett sings his favourite songs” – creates another unnecessary hurdle in the commercial approval process. The ACA has organized one briefing on letters of attestation, which lead to a reduction in requests for such letters. We hope to work with Telecaster to create a more predictable solution. We are also working to arrange a second briefing around the application of the guidelines in Quebec. Stay tuned for the outcome of that.

Image courtesy of Scottchan at FreeDigitalPhotos.net