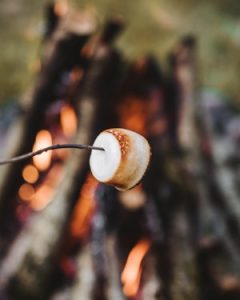 Digital media promised precision and has delivered something closer to a marshmallow. While media numbers are known to be susceptible to invalid traffic generated by bots, now WhiteOps, a cyber security company with a long history of fighting fraud, is uncovering vulnerabilities in the conversion metrics. Conversion metrics are the foundation of return on ad spend analysis such as multi-touch attribution.

In a recent ACA webinar, Dan Lowden of WhiteOps explained how bots are infiltrating the conversion events such as test drive bookings and credit applications used to calculate media effectiveness and Cost Per Acquisition. Additionally, marketers allocate media dollars to consumers who showed some interest in the product through re-targeting efforts. Marketers are seeing this as an increase in leads that never seem to convert.

In the study presented in the webinar, WhiteOps investigated the quality of the leads with its technology. By placing code within the advertisers’ lead forms they were able to uncover a significant number of leads that were, in fact, sophisticated bots. These bots not only visited the form but were able to complete the fields of the form. By analyzing 544 million page views across the spectrum of auto, publisher and insurance advertisers WhiteOps was able to determine that up to 40% of the leads the advertiser generated were useless.

Think of how much of the digital media industry relies on some post-campaign metric to justify the spend, to build new audience, to confirm success through cost per acquisition buys, re-targeting, multi-touch attribution, site analytics and ROAS calculations. Fake leads not only drain the media budget by misdirecting optimization towards fake audience, they also drain confidence in the web analytics reporting and muck up the Customer Data Platform (CDP) with fake records that must be managed for privacy and security. Plus, in some cases, real sales teams waste hours following up on the leads.

By removing the fake traffic on the lead forms WhiteOps was able to help increase the real sales by redirecting $36,000 a month of re-targeted ads towards real people. In another example, a publisher lost $785,000 worth of re-targeting budget that was aimed at generating subscribers. By eliminating the losses, the publisher was able to increase their business results by 46 percent.

When questioned during the webinar if there were any advertisers that suffered to a lesser degree, Dan replied, “it’s everybody, all advertisers are receiving bot-generated results on their sites to some degree.”

Conclusion: Marketers must be more cautious when interpreting their results. Although reporting platforms calculate Cost per Acquisition numbers with down-to-the-penny precision, the results may be misleading and subsequently drive error-driven media spend reallocations.