The Power of Sonic Branding 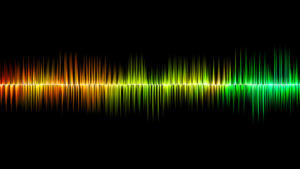 In today’s very crowded marketplace, branding is playing an even more strategic role in connecting with people. That said, many organizations use virtually the same branding tools in their efforts to connect with customers. While most understand the importance of using their logos, many focus primarily on their visual branding but have yet to harness the power of sonic branding. With every media platform having sound built in, brands need to have their own voice to connect with customers. Discerning brands treat sound with the same care and discipline as they do their visual brand-building.

What exactly is sonic branding?

It’s the strategic use of music, sound and voice to create rational and emotional connections between people and brands, while also reinforcing your brand’s identity. It drives recall, preference, confidence and trust. When your sonic identity is aligned with the experience you want to create, it not only resonates, it creates brand loyalists that are key to the socialization of your brand.

These range from corporate identity, sonic logos, on-hold messaging, product sounds and the latest trend of virtual AI assistants (like Apple’s Siri and Amazon’s Alexa). Any articulation of a brand starts with an understanding of what makes it distinct: its vision, values, promise and personality. Once the essence of a brand is defined then all expressions can be created to communicate the brand in a consistent, distinct, and positive way. A brand’s audio identity should be designed to be as meaningful as it’s visual identity.

Sonic branding provides a coherent voice across touch-points, geographies, and product lifecycle. It captures the mind when your customer isn’t directly paying attention and allows a brand to stand out and be distinctive, while creating brand value that grows over the years.

There are three ingredients that make up sonic branding

Music. The most sophisticated of the three, it’s also the most powerful for generating memorability and distinctiveness. Music encourages the release of endorphins which elicit emotional responses. McDonald’s has been leveraging this strategy since the 1950’s and has been running their now iconic “I’m Lovin’ It” campaign since 2003.

Voice. There are at least twenty-five variables used to describe voice including accent. As with music, customers are incredibly sensitive to these variables. Choosing a voice, the quality of which matches the essence of your brand is imperative.

Sound Effects. Any sound that cannot be described as music or voice is a sound effect. Influential sound effects can be very “own-able” when incorporated into your Sonic ID, or “mnemonic”.

The sound of a Zippo lighter is so distinctive and recognizable, Zippo made it their Sonic ID.

If – in the process of defining your brand’s sonic identity – music, voice and sound effects are collectively brought to bear, then your chances of creating an ear-print are that much greater.

Toronto-based Porter Airlines needed to take tactical flight with multiple messages and radio provided the perfect form to establish the voice, drive the tactic, and re-enforce the upscale service promise of the brand. Using a signature music track, distinctive voice, and a champagne flute mnemonic, Porter solidified itself as the boutique alternative to the major airline players.

How do you leverage sonic branding?

Be frequent and consistent over a long period. Link your audio branding to the benefit of your brand. Be creative, be distinct and above all else, be heard.

Tom Eymundson, CEO, Pirate Group Inc.
Tom has been giving brands a voice for over 20 years. As an internationally awarded Sonic Branding strategist, he’s continually called upon to judge and/or preside over numerous advertising awards shows, including Cannes Lions, London International Awards, The One Show, Clio, D&AD, Creative Arts, New York Festivals and more. Tom has worked with almost every major advertising agency and advertiser in North America, as well as many others around the world. He’s a partner, CEO and the driving force behind the ongoing evolution of Pirate Group Inc. Through his day-to-day leadership, mentoring and strategic development Pirate has become a dominant creative audio force in the North American market. Tom’s focus and tenacious attention to detail ensures that Pirate and its growing list of clients continue to be heard.