Managing Uncertainty in the Events Industry 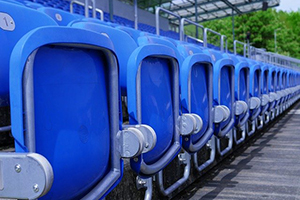 The entertainment industry has been deeply affected by the disruptions cause by the global COVID-19 pandemic, and its repercussions will continue to be felt in the short to medium term.

Thankfully, sponsorship agreements often have cancellation and postponement clauses, but they are rarely used and some could benefit from a little clarification.

Within this context, how can partners agree on the best course of action to minimize the negative consequences of this global crisis? What follows are some topics of discussion to help you analyze your legal obligations and think beyond the contract so you can find solutions that are favourable for all parties involved.

Partnerships with performance venues or annual sponsorships often include a clause in their contracts that limit the amount paid by the sponsor based on the number of inactive days during the year.

However, because the periods of the year are not all equal in terms of popularity, establishing a prorated amount based on the attendance rate of previous years can be a more equitable way of calculating the sum rather than basing it solely on the number of days in operation.

For contracts that don’t have such a clause, it’s possible to negotiate one bi-laterally.

Knowing how to proceed is somewhat easier within the context of an annual partnership, but what happens when it comes to event sponsorship?

Event sponsorship: to cancel or to postpone?

Several organizers have had to cancel their events and are already setting their sights on 2021. Others are hoping that the crisis will abate by the end of summer or sometime this fall so that they can hold their events at a later date this year. Travel restrictions play a big role in their decision-making. And it’s still difficult to forecast if the fall will be an opportune time to hold events or not.

Determining the value of reimbursements

In the case of several cancelled events, sponsors often benefitted from promotional activities that took place in advance. From a financial standpoint, ad campaigns represent a significant value for partners. But what happens if the event itself doesn’t end up happening?

Again, the idea is to divvy up the value among each of the sponsors. However, even if the advertising assets are worth more than on-site visibility, the latter remains the most important element. At the end of the day, sponsors should expect a reimbursement in the order of 50% to 70% of the amount invested in the sponsorship after negotiations with the partners. But every situation is different and, ultimately, if there is no agreement in place, the contract is paramount.

Given the difficult financial context that promoters find themselves in, rather than granting a refund, their best option may be to offer more benefits the following year as part of a make good agreement.

If an event is postponed until a later date, promoters could also try negotiating with partners to maintain the agreement and their investment as is. Adding a year to the contract, subject to the same conditions, could be a simple and beneficial option for both parties.

If the decision is made to postpone an event, that postponement followed by a cancellation could further compromise relationships with partners and cause even more disruptions. It is therefore important to get partner buy-in before announcing a decision one way or the other.

Several contracts can simply be annulled in full by invoking the fact that the COVID-19 pandemic is an unpredictable and uncontrollable force majeure.

A number of sponsors have already invested considerable sums of money in activations for upcoming events, like the playoffs for several sports leagues.

If this money can’t be recovered, the financial impact for sponsors could be minimized by using the creative concept initially developed—presuming it is still relevant—when the sports and entertainment industries rebound.

In the case of the Olympic Games, brands could also begin their promotional efforts well in advance of the 90 days preceding the event—the time frame considered to be the norm for the launch of Olympic campaigns. Sports personalities that we don’t generally put in the spotlight outside of the window of the Olympic Games are an endless source of content, and their stories are well worth telling.

Sponsorship is a communication tool that reaches its full potential over time. An activation that is cancelled or postponed will not ultimately be a loss for the brand, because the communications surrounding the announcement will still reinforce the connection between the brand and the sponsored property.

Out of a spirit of altruism, some major sponsors have already refused to have their sponsorship rights refunded so that their partner organizations, which are dealing with unprecedented losses of revenue, don’t suffer more than they already are.

The opportunity for reinvention

Some British bands that couldn’t take the stage at SXSW in Austin decided to do live online performances from their own homes. In Quebec, Sugar Sammy broadcast his show “You’re Gonna Rire” live on Facebook and got more than 300,000 views in 48 hours.

Several conferences have also reverted to online formats thanks to the number of tools that are now available.

Sports fans mourning the suspension of their playoff seasons can also turn to the rising popularity of Esports, which is currently gaining a lot of interest.

True, online events often don’t have the same intensity of the original, but they do represent an opportunity to reach a larger audience and attract new fans. TED Talks is a great example of this: its online platform attracts a far larger audience than the live event itself does.

Lastly, we recommend that you consult your legal advisers to minimize the negative impact of the current situation and position yourself favourably with your partners.

Now is the time to innovate and reinvent yourselves. Best of luck to everyone!

This article was originally published on the Elevent website.