With an aging population and stagnant birth rate, immigration has become the source of growth for Canada. By the year 2036, Canada’s multicultural consumers will represent 34% of the population while some urban centers across the country will reach over 80% with South Asians, Chinese and Filipinos quickly becoming the “visible majority”.

Diversity is no longer a buzzword, but a business imperative and brands are taking notice. As Canada becomes increasingly diverse, it’s the stories of ethnic and new immigrant communities that are not only changing the face of Canada, but also changing the face of marketing, media and advertising.

Join us for an all-star lineup of speakers and panelists that will change the way you think about marketing in a multicultural world.

Complimentary to ACA members / $99 for Non-Members

Join Canadian multicultural marketing veteran Bobby Sahni who will share key insights and learnings about the uniqueness of Canadians and set the stage for the morning to come.

He has not missed a home game since the inception of the team in 1995.

He can be seen in his now famous courtside seat A12 next to the basket.

Arriving in Canada in 1984 with very little to his name Nav worked his way to becoming the number one car salesman and eventually found himself the opportunity to become an owner.

The path to success was not without challenges; in particular, Nav overcame many instances of racial intolerance as a visible minority.

Through his love of basketball Nav looks to change the perception of Sikhs and South Asians to the mainstream audience hoping for a more united community where people won’t have to face the discrimination Nav dealt with over the years.

To tell you his story, ACA will be welcoming, the Superfan, Nav Bhatia.

With the changing demographic shift in Canada, Multicultural Marketing is no longer an isolated initiative. Marketing has started to become more reflective of the diversity of Canada and is changing the way marketers are speaking to consumers.

Join our panel of senior marketers, as they discuss their insights and experiences when marketing to the new mainstream. 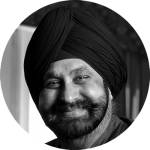 Nav Bhatia is best known as the Official Toronto Raptor’s Superfan. He has not missed a home game since the inception of the team in 1995. He can be seen in his now famous courtside seat A12 next to the basket. In 2015 Nav was also appointed the role of Raptor`s Community Ambassador and asked to report to the Global Ambassador, Drake, as they look to spread the love of Basketball and the Toronto Raptors.

Arriving in Canada in 1984 with very little to his name Nav worked his way to becoming the number one car salesman and eventually found himself the opportunity to become an owner. The path to success was not without challenges; in particular Nav overcame many instances of racial intolerance as a visible minority.

Through his love of basketball Nav looks to change the perception of Sikhs and South Asians to the mainstream audience hoping for a more united community where people won’t have to face the discrimination Nav dealt with over the years.

Nav believes integrating our youth at a young age is truly the path to help change this perception and build a more tolerant society. Each year he purchases tickets and brings thousands of kids of all backgrounds together to watch the NBA’s Toronto Raptors play at home.

With the start of the Superfan Nav Bhatia Foundation, he recently has accepted ambassador roles with Canada Basketball and World Vision, all organizations helping Nav and his Foundation bring kids together by building basketball courts across the world. 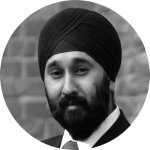 Bobby Sahni is a veteran and thought-leader in the multicultural marketing and advertising industry. Bobby was the Head of Multicultural Marketing at Rogers Communications and has been a pioneer in developing, executing and managing diversity and multicultural marketing initiatives for a number of organizations including Canada Post, Ontario Lottery & Gaming Corporation, ICICI Bank and Toronto Star.

Bobby has earned national and international recognition for his work and thought leadership. Bobby also loves teaching, having guest-lectured at many universities and regularly speaks at industry events and conferences across North America. Bobby sits on a variety of advisory boards including Imagine Canada, Seva Food Bank and Credit Valley Conservation Foundation. Bobby earned his MBA from the global Kellogg-Schulich Executive MBA program with cross-cultural studies in Hong Kong, Germany, Miami, Chicago and Toronto. He also holds a Bachelor of Science & Business degree from the University of Waterloo.

Bobby lives in Toronto with his wife Bonnie and two young sons Jordan and Rayaan. 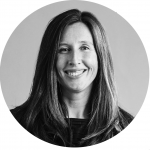 Carolyn Hungate transformed Brita into a purpose-led brand with the goal of eliminating single-use plastic water bottles that could end up in landfills and waterways. She has brought this message to Chinese consumers with Mandarin and Cantonese advertising focusing on unique consumer use cases for the Asian consumer, a Chinese New Year pitcher and Chinese event activations. She also oversaw South Asian shopper marketing activations during Diwali and a new Ramadan campaign in 2019.

Hungate recently assumed additional responsibility for the company’s cleaning business, with brands such as Clorox, Pine-Sol and Green Works. What inspires her to succeed is the culture at Clorox. “One of the foundations of our culture is ‘do the right thing’ and that translates into the daily decisions that are made,” she says. “Everyone here feels very passionately about our brands and the Clorox mission to ‘make everyday life better, every day for Canadians.’” 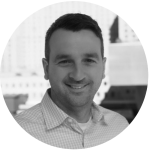 Dave really does believe life is like a box of chocolates, and that he gained more life wisdom from Kenny Rogers “The Gambler” than he got from all of elementary school. With this wisdom Dave has always been a people first leader with a penchant for finding creative solutions to solve complex problems.

Dave has left a remarkable legacy on the wireless industry which propelled TELUS into an industry leader in customer service, and later transformed Public Mobile from bankruptcy to the fastest growing wireless brand in Canada. His ability to see opportunities where others see problems is what has helped him challenge the status quo.

In addition to his day job Dave is very passionate about helping small businesses grow which has led him to owning a pizza shop (2015) and a brewery (2018), and in addition he consults for multiple tech start-ups. 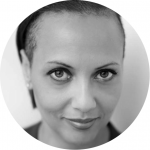 Joanna Miles is currently SVP, Theatrical Marketing – Canada, Film at Entertainment One, Canada’s leading independent motion picture distributor. Joanna has worked on such franchises as The Hunger Games, Bad Moms, and John Wick as well as independent and award winning films like La La Land, If Beale Street Could Talk and most recently Judy. Joanna has effectively marketed these films to English Canadian audiences and has gained extensive marketing and distribution experience from her tenures at Maple Pictures and Capri Films. Joanna received her start in the film industry at Alliance Films, where she was project manager on the two Toronto exhibits for The Lord of the Rings film trilogy.

Find out what participants said about the event:

View photos from the event.