How do you shoot a backyard BBQ party in the middle of a January blizzard or a scenic drive along the Amalfi coast without booking a flight?

Virtual Production LED walls and Unreal Engine generated environments offer endless shooting opportunities with a neutral carbon footprint. This not-so-new gaming technology has been around for years in filmmaking and television production.

The sudden shift to remote working made Virtual Production accessible for commercial production, with a library of 3D assets that help create new, immersive experiences for audiences. Storytelling becomes more efficient and achievable for marketers, creatives and brands exploring entry points into The Metaverse.

Why you should attend:
If you’re interested in learning about Virtual Production, the tech behind hit Disney series “The Mandalorian” and how SJC and Pixomondo are using this technology to create content for brands like Genesis, then sign up today. 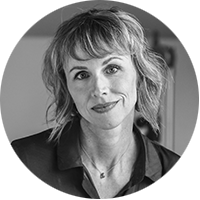 Currently Senior Vice President, Creative at SJC Content in Toronto, Sylvie infuses hindsight, insight and foresight to drive creativity to the next level. Developing integrated retail campaigns across multiple channels for retailers. A strategic creative leader in communications, advertising and design with a strong record of success in driving engagement through ecosystems that bring insight and smart content together in a way that emotionally connects with audiences.

Sylvie directs a team of associates and external partners involved in the creation of innovative communication including video, broadcast, digital, radio, print, packaging, social, ecommerce and extended reality. Before joining forces with St. Joseph Communications, Sylvie ran her own firm and worked with a variety of agencies. 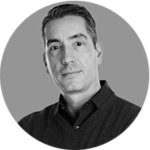 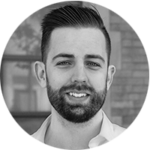 Chris pursued his passion for filmmaking at Buffalo, NY’s Canisius College where he earned a degree in Digital Media Arts, in addition to obtaining a Fine Arts certificate from the Warsaw Academy of Fine Arts in Poland. He later moved into documentary filmmaking, producing the 2013 film entitled Our Man in Tehran, for which his team won multiple Canadian Screen Awards after its successful premiere at TIFF, and Dr. Baseball. Upon moving into post-production, first starting as an artist himself, Chris eventually served as a Stereo Producer at Legend3D on many projects including Resident Evil: The Final Chapter (2016) and King Arthur Legend of the Sword (2017), and Alpha (2018).

Chris went on to become Head of CG Production at the Toronto-based VFX studio SpinVFX where he balanced large teams of artists and visual effects budgets, quality control and collective schedules. Under his leadership, his team earned an Emmy nomination for their work on Netflix’s The Umbrella Academy, and worked on a number of other fan-favourite, award-winning projects such as In the Tall Grass (2019), Stranger Things 3 (Netflix), Raised by Wolves (HBO), Midnight Mass (Netflix), and The Expanse (Amazon Studios).
Today he is the Virtual Production Producer at Pixomondo, leading a variety of virtual production initiatives in film, television, and commercial projects across multiple locations.