Social Distance from Ethnic Consumers at Your Own Risk 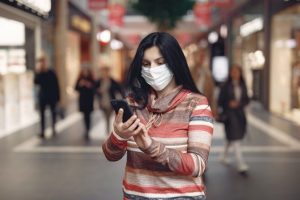 One-fifth of the Canadian population is foreign-born…

These are points you may have heard before and it’s no different during COVID-19. Yet little has been said or researched about the ethnic consumer as a “recovery” opportunity post COVID-19. We surveyed 900 Canadians — including South Asian and Chinese respondents — to understand their behaviours during COVID-19 and beyond.

Ethnic consumers typically “double shop” both at mainstream grocery stores and at ethnic grocery stores. This has typically been because mainstream stores don’t always carry the products or brands ethnic consumers are looking for. This changed somewhat during COVID-19 as they sought to limit their number of in-store visits or online ordering occasions. This was a missed opportunity for gaining even more business by mainstream grocers, as no one reached out to ethnic consumers telling them that they had a full “ethnic aisle”, and that they should shop with them versus the competition.

As the world morphed to an online purchasing culture, the South Asian population over-indexed in virtually every area versus the general population in online-only shopping. This includes grocery, home improvement, drug stores, telco, banking, home electronics, fast food, and auto. But will this continue post COVID? In the grocery arena, 65% of South Asians and 58% of Chinese were first-timers. Only one-third of Chinese and South Asians said they are likely to continue to shop online post COVID. More important than the converts and non-converts are the 34% of Chinese and 25% of South Asians who are unsure. They are a white space waiting to be won over.

The Ethnic Consumer’s Home Is Their Castle

They have larger families and while trapped at home with kids (and potentially grandparents), they are opening their wallets and buying toys, board games, video games, arts and crafts, and sports equipment to keep everyone occupied.

Like most consumers, the importance of staying healthy has become an obsession. Ethnic consumers are eating healthier, exercising more, and even buying more exercise equipment. In the South Asian’s top 10 concerns, number five is their concern for physical health (53%), but not much further behind is their mental health (45%). For Chinese, the concern over physical health is 54% and mental health is 49%. Both South Asians and Chinese also have concerns about racism, which is no surprise.

The ethnic consumer has always over-indexed in terms of being an entrepreneur. The Darwinian Theory of Survival of the Fittest applies to the immigrant who comes to Canada and can’t find a job in their profession or is an entrepreneur by nature. Office furniture, office supplies, computers, laptops, printers, are all on the ethnic consumer’s home office shopping list.

Wealth managers take heed: ethnic consumers are interested in both saving more money as well as investing more money. Fifty percent of Chinese are concerned about their retirement funds. Add to this the fact that they have money, it is surprising that no one is reaching out to them in ethnic media.

Their wealth means they have the funds to make big ticket purchases. They have plans to buy houses and condos, and if staying where they are, to renovate. They plan to buy major appliances, luxury items and cars.

The family meal has always been an important part of ethnic consumers’ lifestyle. Now the occasion is happening three times a day. No wonder that they are buying small kitchen appliances to make this task easier. They are also buying cooking and baking supplies, as this becomes a fun family activity and is perceived to be safer than buying baked goods from a store. Time-starved due to working from home and juggling keeping kids happy, they are buying “ready-to-eat” meals and frozen foods. Later at night, they are drinking spirits.

In the next month or so, South Asians and Chinese, as compared to the general population, are looking to buy more movies-on-demand, home internet, mobile internet, cable and satellite TV, as well as home security.

Government ratings are lower than the general population’s for both the South Asian and the Chinese. This includes the Federal Government and the provincial governments in Ontario and BC. For the City of Toronto and Vancouver, South Asians’ ratings were actually higher, but lower once again for the Chinese. These lower ratings are likely due to lack of communication in the ethnic media, and not dealing enough with the racism issue. There is an opportunity for corporations to be bold and step up.

Yeah…but aren’t they are already seeing our Advertising?

In-language and ethnic media consumption have increased dramatically during COVID-19 right across the board. They are not interested in just the local news — they are interested in news from back home and local news that is meaningful to them. Television and radio hosts are influencers and are trusted sources of COVID advice. Escape through entertainment, both for themselves and their kids and grandparents is, more often than not, in-language and in-culture. This is despite the fact that 22% of Canadians have a mother tongue that is not English nor French. Nineteen percent of Chinese don’t speak English and 55% of Chinese and 39% of South Asians prefer to speak in their home language.

As an added bonus, governments seem to have forgotten the ethnic media in their communication plans. This is despite the fact that they are experiencing racism, and less likely to social distance (did you hear about the cricket matches in Brampton???). Add to that the dearth in corporate advertising and you have ethnic media offering incredible advertising packages.


This subject was covered in a recent ACA webinar. Members can ask for the full slide deck by contacting Ethnicity Matters.

Howard Lichtman is a co-founding Partner of Ethnicity Matters. Prior to Ethnicity, Howard was the President of The Lightning Group and Executive Vice President of Marketing Communications at Cineplex. He is also responsible for all of the marketing, programming and sponsorship for the Taste of the Danforth. He served as the CMO of the Ethnic Channels Group- Canada’s largest distributor of Ethnic Channels from home. He created the American Express Front of the Line program, transformed cinemas from just movie theatres to media outlets with launch of screen advertising and has sold the largest sponsorship to live theatre in history – $15 million to Amex, Pepsi and Labatt.

Howard is Juris Doctor and MBA, and has taught a course at Ryerson on How to Launch an e-Business. He is an angel investor in the Interior Design Show, Sensibill, NXM Labs, DotHealth, MediSeen, LifeWire, Geogram, My Broker Bee, Halvana and NISE Technologies. In addition, he is a member of the Schulich School of Business Global Management Program’s “Devil’s Advocate” Panel. He also serves as a Judge of The Global Hult Competition. He has served on numerous non-profit Boards, including as the Vice Chair of the Board of the Ontario Science Centre. Howard currently serves on the Board of Governors of Exhibition Place. He is also very active with the Schulich School of Business.